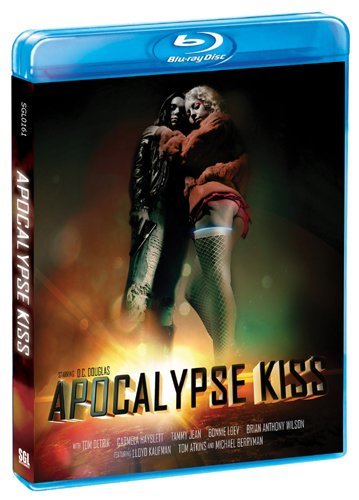 In this futuristic science fiction thriller, government security agent Jerry Hipple has been unsuccessfully tracking the city's most infamous criminal The Red Harvest Killer. When two nomadic lovers, Katia and Gladys enter the city the death count rises and are being credited as Red Harvest killings. Obsessive compulsive Adrian, the actual Red Harvest Killer becomes furious that the sexy serial killing duo are grabbing media attention under his alias. Not only does Adrian attempt to reclaim his rightful reputation but he also decides to cleverly aid his detective counterpart through the case. All the while, killers and victims alike are unaware the world is about to reach an abrupt catastrophic ending.

There's quite a bit to enjoy here with the twists and turns of this fun little mix of Blade Runner, Dexter, and The Big Sleep
—Influx Magazine

D.C. took over the show. Every moment on screen is gold, diabolical, and darkly humorous
—HorrorNews.net