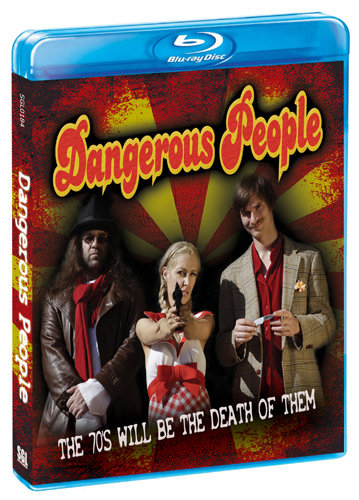 Dangerous People takes place in the early 1970's and is about two murders who pick up a girl in a bar and then take her back to their apartment. A moment of brutal violence occurs which leads to a series of mind games to see who lives and who dies. Dangerous People is psychedelic trip that is equal parts crazy, scary, sexy, funny, sick and tragic.

Dangerous People is sensational. Pushing the boundaries, even for sleaze, this film stands above the rest due to its witty, vulgar dialogue, shockingly brutal moments, and fantastic performances from all three lead actors
—Beneath The Underground

intransigent horror, potboiler thriller, perverse love story, psychedelic drug experiment, or avant-garde homage to the classic exploitation, In fact, it is all of those things
—Storyteller Matt

The film is lethal, calculating, and sexy. If you watch one movie that I recommend this year let it be this one. You will not regret it!
—Horror Society Magazine

Dangerous People will become a Cult Classic amoung fans of weird, out there, and unapologetic exploitation films
—Horror Hound Magazine