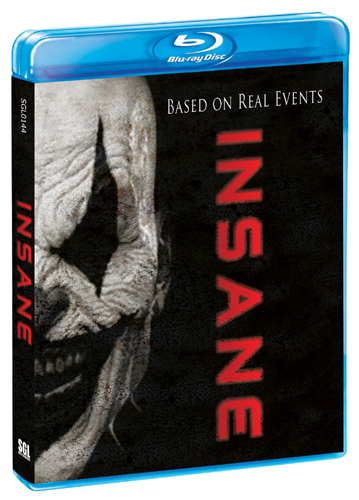 What you don't see should scare you; what you can't control should scare you even more. Darkness does not hesitate, darkness takes no sides, but what it does take is your soul. Based on a terrifying series of events, INSANE is the story that you don't want to hear at night. A manifestation of evil that consumes all that unleashes it begins to engulf the life of a young couple who just moved into a mansion. Unable to deny the demonic presence any longer, things begin to change and not for the better. Fear becomes an obsession which transcends into a deeper darkness. Do you believe beyond what your eyes can see? You should.

The leads are played by real-life couple Vincent Rivera and Marcella Rodriquez, and they have an on-camera chemistry that works for the film

Here the real beginning of the end starts and its perfect!
—Extreme Horror Cinema

it's nice to see there are still some entertaining and creepy ideas from great filmmakers out there!
—Tim Gross Film Reviews

It's a fun one that moves at a brisk pace and die-livers some solid spookshow scares!
—Famous Monsters

When reality and dreams collide with the past and present...it's Insane
—The Slaughtered Bird

Another found footage film that has some really good moments, The tension is built up well
—Behind The Scenes with Anthony Nadeau