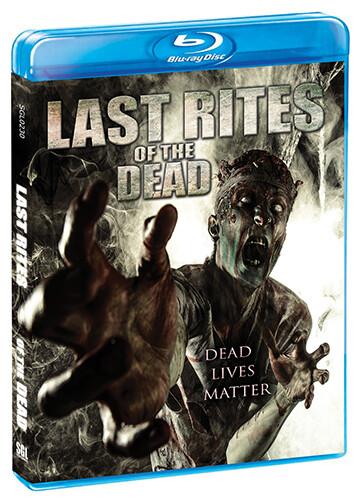 Last Rites of the Dead [Blu-ray]

Angela has been shot point blank by her boyfriend and lives in a world where the living and dead co-exist. Zombie Anonymous meetings, look alive face creams and all-meat diners help them cope in this bizarre society. Last Rites of the Dead takes you on a weird ride where life meets death, or does it?

Smart and scary and genuinely dramatic

Best Indie Film of the Year

Outstanding! The acting is solid. A mature horror movie and quite satisfying

One of the Best Zombie Films to come out in years

Best Underground Film of the Year

Emotionally riviting & action packed! The last zombie movie I ever need to watch

Lot’s of Gore and Mayhem, mixed with some Killer Humor

This Movie is over the top, and one of the Best Zombie Films in Decades