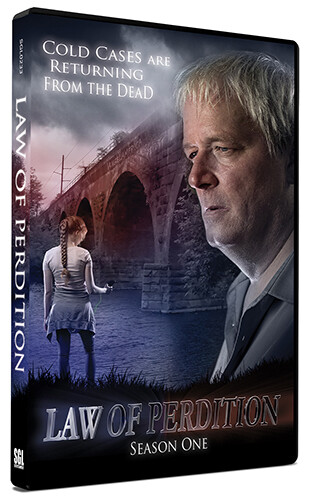 A cross between police crime drama and supernatural horror. If you will, picture "Chicago PD" and "Law & Order" Intertwined with "Ghost Whisperer" and "Twilight Zone." Law of Perdition sets the creepy factor sky high as it follows a detective whose cold cases are returning from the dead as ghosts to help him solve their horrific murders. SEASON ONE Includes 9 Full Episodes.

you'll want to check out Law of Perdition

a fantastic series that will keep you guessing

There's something really cool and Creepy about this new TV Series

Wow, this is an Amazing new TV Show, I really hope to see a second season