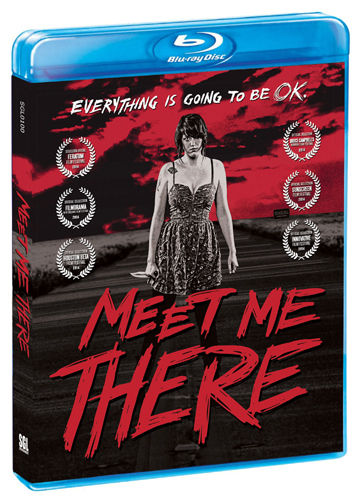 Meet Me There [Blu-ray]

A journey of self-discovery becomes a quest for survival as Ada (Lisa Friedrich, Least Favorite Love Songs) and Calvin (Micheal Foulk, Zero Charisma) encounter the darkness of the past and the unexplainable evil of the present in a town where the only visitors are the ones who ve come to die. Featuring Dustin Runnels (WWEs Goldust) and Jill Thompson (Scary Godmother), this intense character study and exploration of sexual trauma will have you covering your eyes and keep you guessing until its final minutes.


'It's Legitimately Creepy As Sh*t'


'Lisa Friedrich shines as she portrays the complexity of Ada's emotions. Runnels is also appropriately disquieting as the creepy Woodward'

'Meet Me There is a state of mind, a feeling, an emotion; not a quick, jolt n' giggle, tease n' jump kind of thing. There's images and moods contained within- lovingly sewn into the movies fabric- that'll linger long after the credits roll'


'Ada and Calvin feel like complete, compelling, realistic people, an actual lived-in couple with history, not just blank murder fodder for horrid situations. Friedrich and Foulk really shine and have an excellent chemistry together'