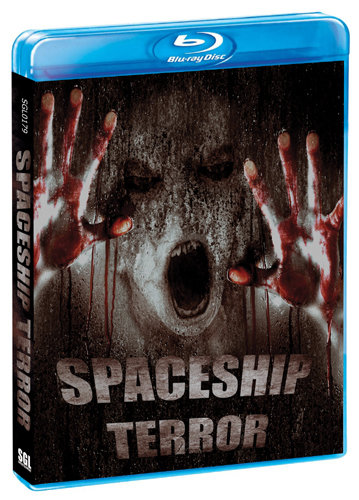 Open your mind to a horrifying world of cat and mouse as five women and one injured man find terror beyond their wildest nightmares. Marooned on a deserted planet, and picked up by an old derelict spaceship, six unwitting travelers find themselves enslaved in a torture filled blood lust that will take you on a white-knuckle ride into hell. Feel the terror, and ride along if you dare as they slowly fall victim to the horrific appetite of a deranged killer sporting an insane blood lust unmatched in an unforgiving universe.

there is an unexpectedly high amount of blood and gore throughout
—HorrorNews.net

a cacophony of boobs, blood, and side-splitting brutality
—HorrorFreakNews.com

one of the most terrifying films ever made
—HorrorReview.com

a torture filled blood lust that will take you on a white-knuckle ride into hell
—Screamfix.com

a hellish slasher film from beyond
—HorrorMoviesUncut.com

one heck of a violent slasher
—Horror-Movies.ca