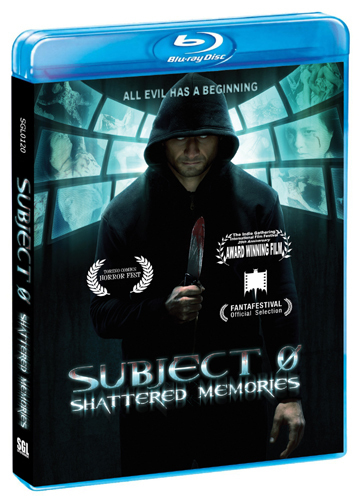 Robert Williams is called by the police during a business meeting. His wife Lauren is in shock, after finding a dead man in her home. More dead bodies are found in the city the day after. The modus operandi looks the same but there’s something not quite right. Is it the same killer or a copycat? Police start investigating the mysterious murders, but it looks like someone has unleashed the perfect prototype. The question is… will they be able to keep everything under control?

I appreciated the psychological edge that gives originality to the topic
—Federico Tadolini, Brividi in sala

Tiziano Cella gets inspired by both David Fincher thrillers and Italian cinema from the seventies to set up an intricate story of murder and betrayal through mind control
—Francesco Lomuscio , Cinema Every Eye

The abundance of subjective video cameras, of images stolen and reworked through various electronic instruments, reveal the omnipresence of technology in everyday life: a technology obsession, paranoia, and ultimately murder.'
—Marco Minniti , Fuoriprogramma.net

Subject 0: Shattered Memories has been compared to Carpenter's 'They Live' or even to Cronenberg's 'Videodrome'.
—Emidio Tribolati , Le maratone di un bradipo cinefilo

Tiziano Cella succeeds admirably in directing such a complex story without ever getting lost displaying his talent in front of and behind the camera
—Davide Comotti , Non solo gore

The dynamics of bloody crimes and the use of eye candy, with a touch of eroticism, vouyeristic, evoking the tradition of Italian thrillers of the '70s
—Rudy Salvagnini , Odds & Ends

when watching it feels much more like an old school giallo in the best meaning of the word, The murders are gruesome, the plottwists are plentiful and unexpected, the girls are sexy
—Mike Haberfelner, Search my trash

A Celluloid gender clearly close to the type of thriller dear to David Fincher author of Seven (1995) and Zodiac (2007)
—Francesco Lomuscio, Taxidrivers

The film has a reasonably large cast, most of which have plenty of dialogue. It gives the film an inter-connected feel like that of Pulp Fiction
—Christopher Stewart, UK Horror Scene

Tiziano Cella creates a story based on a political plot and mental manipulation making use of carpeterian messages to compare the capitalistic world with the proletarian one
—Mirko Lomuscio, You movies

Things do get gory....not a lot of gore used in here but when it is used is very effective and rather disturbing too, especially one particular scene later in the film
—Mark Krawczyk, The final cut
Actors: Tiziano Cella, Cristina Lizzul, Stefano Patti
Directors: Tiziano Cella
Format: Blu-ray Widescreen
Number of discs: 1
Studio: SGL Entertainment
Run Time: 78 minutes
Save this product for later
Display prices in: USD