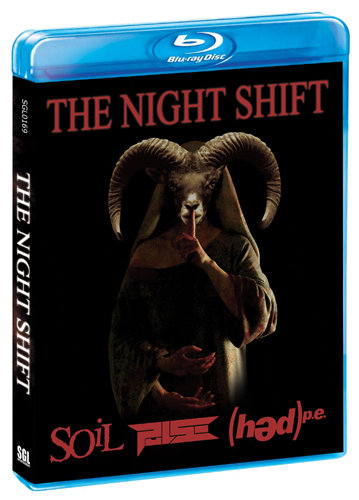 A security guard gets hired to guard an empty mansion until the owner will arrive in the morning. Little does he know, he has been set up as a human sacrifice to placate the various Demons who "live" in the house. Will he survive the shift or will he be a victim.

This one had some atmosphere about it. And, Sadie Katz provided one heck of a hellacious scream, this girl can act
—Horror-Movies.ca

The Night Shift Conjures Up Some Evil
—Horrornews.net

The Night Shift hath appease the wrath of the demons
—Darkveins.com

A Dark and Creepy Film, with a Great Cast